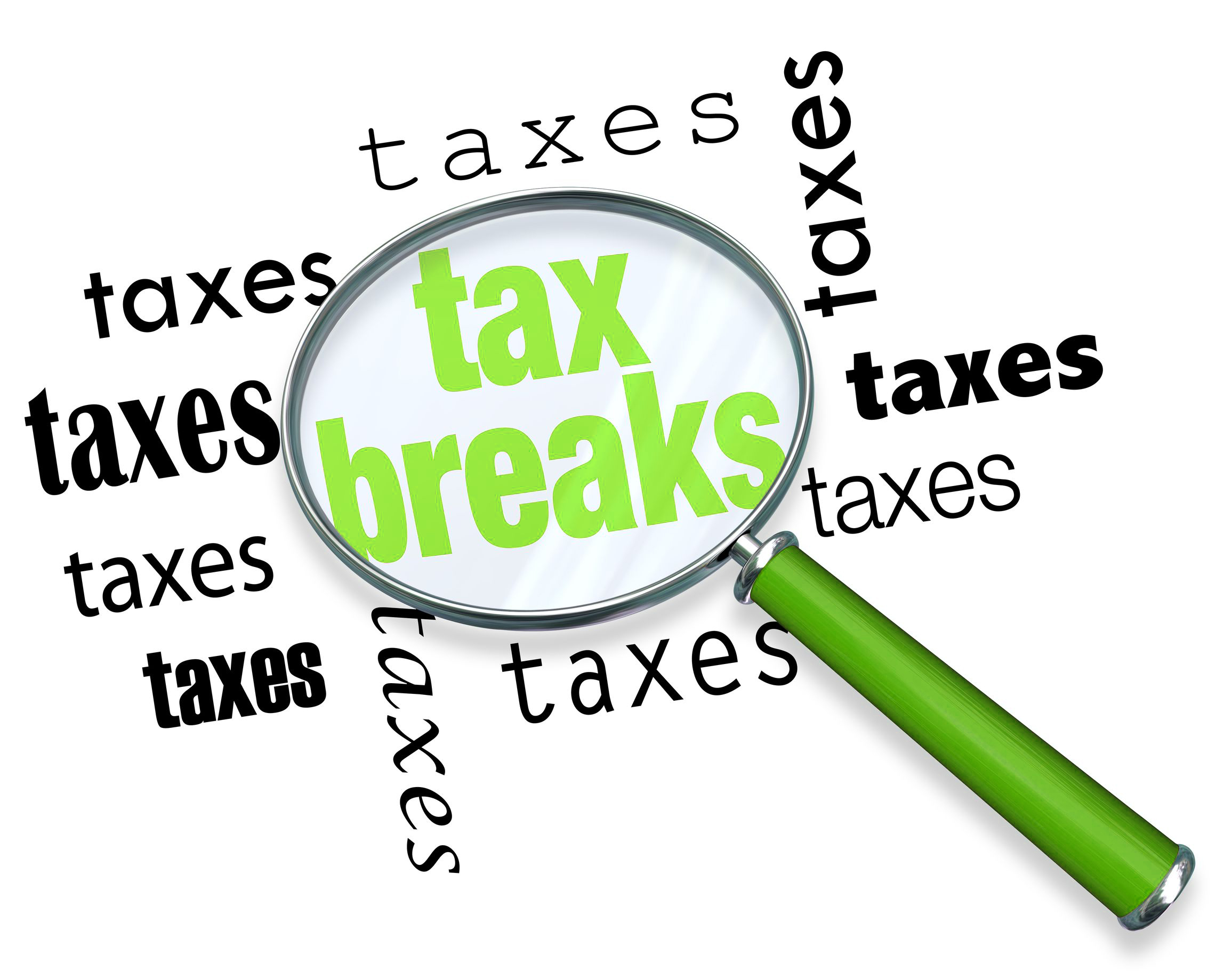 The 2021-22 Federal Budget has put forward plans to invest almost $1.2 billion funding in Australia’s digital future including a “patent box tax regime” introduced to encourage investment in Australian MedTech Innovators (medical and bio technologies). The patent box scheme will reduce corporate taxes on income deriving from innovative research. The aim is to encourage Med Tech businesses to undertake innovative R&D onshore, keep patents from being off-shored and advance through to manufacturing their patented technologies in Australia. IP Australia’s 2021 Report highlighted MedTech as being among the top 5 patent technology classes for Australian patent applications. MedTech saw a significant increase in patent filings in 2020 compared to 2019. However, less than 8% of Australian patent filings are attributed to resident Australian companies. This indicates most R&D activity and job creation related to a majority of the Australian patent filings occurs offshore. In the Global Innovation Index (GII), Australia ranks 23rd with countries such as South Korea, Singapore, Denmark, Finland, China, Norway, Ireland and Sweden being ranked well ahead of Australia.

“We need to have a tax regime around intellectual property to attract companies and maintain their investments in Australia,” said Australian Treasurer, Josh Frydenberg.

The MedTech Patent Box tax incentive will see, from 1 July 2022, income derived from Australian MedTech patents taxed at a concessional corporate tax rate of 17%. This is lower than the standard corporate income tax rate of 30% or 25% in the case of small and medium companies. Only granted patents, which were applied for after the Budget 2021-22 announcement (7.30pm AEST on Tuesday, May 11), will be eligible.

Provisions for this support funding for MedTech innovators has been under government consideration for years. According to a government paper published in 2016 “companies that embrace innovation, that are agile and approach change confidently are more competitive, more able to grow market share and more likely to increase their employment…we [the government] want to help innovators contribute to defining Australia’s competitiveness and agility in our fast-growing Asia Pacific region.” When considering a MedTech company, it is important to consider how they are incentivised to behave on a global scale, and in the Asia Pacific region alone Australia’s corporate tax rate is nearly double that of regional hubs Hong Kong and Singapore. Moreover, Australia’s largest trading partner, China, already provides significant financial incentives to businesses that file patent applications within Chinese borders. These new MedTech tax incentives have been supported by the CEO of $13 billion Australian MedTech success story Cochlear, Dig Howitt. “Australia has one of the highest tax rates in the world on profits generated from IP and if we want more companies with IP creating jobs and profits here (in Australia), we need to be careful we don’t have a tax regime that’s too punitive,” Howitt said.

Whilst the past 5 years has already seen R&D tax incentives (RDTI) contributing to the start-up phase for MedTech innovators the introduction of a patent box scheme would complement this by providing an incentive for companies to retain commercialization of IP (including manufacturing, export and sales) in Australia instead of transferring these activities to more tax friendly jurisdictions. This new Patent Box should ensure Australia’s approach becomes more end-to-end and makes Australia a go-to destination for MedTech innovation.

Over a decade ago David Cameron shared a vision to make London the biggest place in the world for Fintech and he has made it happen. In the past 3 years alone London has recorded a 500% growth in the Fintech industry, with Fintech companies generating over $100 million investment each quarter, and nearly 50% additional employment since 2017. That’s been a huge boost for the UK. “People in Fintech go to London and even if they leave one company, they stay in London and work for another.” StartupAus chief executive Alex McCauley said. The UK’s patent box is a major factor in this Fintech growth with over $1.3 Billion AUD total tax relief provided to date.

One of BE Digital Group’s clients is a leading MedTech Innovator. The company is developing a range of respirators for healthcare workers at risk of airborne biohazards and has attracted significant global engagement in both pandemic preparedness and routine patient care. Since their growth from start-up phase, the company has been supported by the NSW Medical Devices Fund and recently listed on the Australian Stock Exchange. Without the support of this new Patent Box incentive in the past this company pays more than $1 million in additional corporate taxes. Under the new tax regime this amount would likely be reinvested into further growing their manufacturing capabilities in Australia, instead of seeking more cost effective alternatives in other parts of Asia.

Our team has been so proud to play our part in growing this company’s revenue streams, globally expanded to over a dozen countries. This growth and sales expansion is what drove a successful stock exchange listing. However, a Patent Box Incentive deals with the other end of financial factors. No amount of new revenue gain would stop a smart, successful company from trying to reduce its costs and liabilities; it’s a matter of commercial prudence. Vice versa, no amount of tax reduction incentive can affect growth without top line revenue stream growth. BE Digital Group sees the Patent Box incentive as the perfect driver to spur the growth of the strongest MedTech innovators without needlessly propping up every single MedTech startup and idea.

Australia has a vibrant MedTech sector. The country is an attractive destination for R&D because the healthcare system is receptive to innovation, research is well funded, and a strong regulatory system protects intellectual property. Australia produces close to 300 MedTech and BioTech patents on average each year, with more than half of these coming from NSW. NSW in the past decade has led the way with MedTech innovators because of its NSW Medical Devices Fund. This grants $8.2 million per annum to a select few companies via a competitive technology and commercialisation program funded by the NSW Government, through the NSW Ministry of Health. Since the first round in 2013, recipients of the NSW Medical Devices Fund have been awarded more than $60 million for 37 technologies. The fund invests in the development and commercialisation of medical devices and related technologies in NSW, with some past recipients later gaining high-profile investors. There are currently over 3,000 MedTech companies in Australia, with a combined annual turnover of more than $12.7 billion, employing more than 20,000 workers in total. There is a rich history of MedTech Innovators in Australia with the  world’s first electronic heart pacemaker, bionic ear and spray on skin for burn victims all created on our shores.

One of the biggest questions floating in the MedTech industry since the announcement is around the non-retrospective measures of the Patent Box. There is an average 5-10 year lead time in the MedTech sector from patent filing through to full commercialisation, and therefore many recently founded MedTech innovators from the past 12-24 months would benefit greatly from inclusion to this tax regime incentive. Will we instead see a rush of incremental developments and “new” patents filed to meet the Patent Box standards?

A prime example is Tetratherix (formerly Trimph), an Australian biomedical company that has developed TetraMatrix, a novel class of regenerative scaffolds. The hero product is an injectable medical device that accelerates the natural regeneration of cartilage, bone, and numerous interface tissues. The company has five pipeline products and 4 patents that are exclusively licensed to Tetratherix. Having received upwards of $2.5 million in the form of both public grant and private investment at start-up stage in 2015, the company has now progressed to a fully operational cleanroom production facility in Sydney, NSW. Tetratherix has a robust Intellectual Property portfolio including granted patents in the USA and Europe as well as multiple international patent applications.

5 years after being founded Tetratherix closed a $5m Series A funding round and their new partner is focused on revenue generation for the company’s growth.

Under the proposed Patent Box Tetratherix will not currently qualify for the new tax incentives on profit derived from their existing 4 patents. Their options then to minimise their tax liabilities now will be, firstly, to attempt to iterate their patents into a next generation of MedTech, and filing new patents. Or, secondly, like so many Australian MedTech innovators before them, they will seek to take their R&D and production facility to one of the 20+ countries that offer more support and rank higher on the Global Innovation Index.